Animals are not 'just a pet'. I've always said this but this week, I am really feeling it. 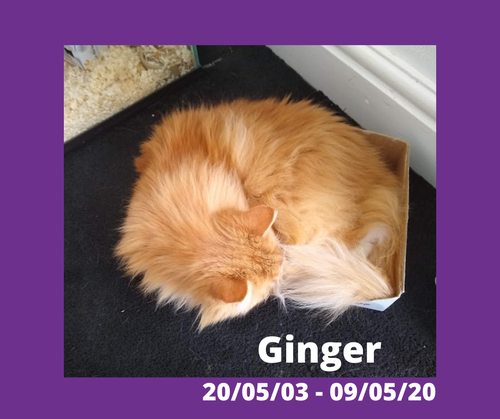 The title of this blog is 'not just a pet' and is about my gorgeous cat, Ginger (AKA Bim Bims).

To be honest, this is going to be a rubbish blog post as I am feeling devastated and not quite ‘with it’ at the moment. My world fell part as on Saturday, one of the worse things I could imagine, happened.

My cat had to be put to sleep.

I was very pleased that she was only ill for a couple of weeks and then only really poorly for the last 3 days before the final trip to the vets. She was such a good/daft cat she sat happily for her x ray without having to be anaesthetised. On the x ray, she had lungs full of secondary tumours. Originally we thought she had a sore throat, then a respiratory infection.

Vets 4 Pets Prenton were amazing with her, especially seeing her 3 times plus 2 telephone consultations over the last two weeks. They were only seeing emergencies and running the practice with limited staff and observing social distancing.

She was going to be 18 in a couple of weeks. We had got her from the Norwegian Forest Cat Rescue, 11 years ago. I was still in touch with the previous owner and sent her updates occasionally.

I'd always wanted a long haired variety of cat so it was a dream come true to be able to adopt her. We'd waited until the house was fixed up and we were in a position to care for a cat. We were lucky in finding her as she had always been an indoor cat and lived with young children. As we live on a very busy road, an indoor cat was perfect. Also, at the time, my youngest was only a few months old and my eldest was 2. (Never let a 2 year old name a cat.)

She was such a softy. At first she avoided one of my children, but over the years, she became very friendly with them. She would often walk up to them and lick their forehead. She came upstairs with us to put the children to bed.

She loved cuddles - when she was 10lb it was a lovely cat cuddle when she curled up on me.

If she got mucky (litter tray usage on her), she would let us use the shower on her. Just showing her displeasure by meowing softly. She let me cut her nails if my husband held her like a baby.

She used to come to the front door to say hello - usually the kiddies wouldn't bother.

Until a few months ago, she used to climb up a ladder to get into our loft bed. Recently she only climbed halfway to sit on top of the chest of drawers. She had slowed down, particularly on stairs. But every now and then she would have the zoomies and run around the house. She was playful, loved chasing balls or anything that wiggled. In later years she wasn't bothered by our small furries but she rush back into the room after we'd cleaned them out to check.

The one bonus is that it is now Monday, and I've not had to hoover the living room floor since Saturday. It would need doing more than once a day. It was so worth it to have a fatty fluff ball though. Cat fur was an everyday accessory.

She had a habit of wanting food at 5am to 6am ish so would climb up the ladder to wake us up. She learnt that I wouldn't get up early so would bite my husband to get him up. He would take her downstairs and she would leave us alone until breakfast time. If he was out at the gym and I got up first, she wouldn't eat her breakfast until he got home and pointed at it.

Recently, she had started going out with me in the back garden. She loved watching the world go by, sniffing the back gate and chomping on grass. During lockdown, we spent a lot of time outside and she came out to be with us.

I’d always said that pets are family but the reality is, she really was. She was the first thing any of us looked for in the morning and the last thing we said goodnight to. She was always ‘just there’ and liked being talked to; she would often chatter back. So I talked a lot to her. Since starting Wirral Whiskers, it meant I worked from home. So this last year we were together most of the time.

The worse thing was Saturday evening, I felt like I needed a hug so went to look for her before I realised. It is going to take while to get used to this situation. 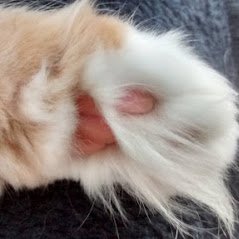 She certainly left a paw print on my heart. #notjustapet

I miss rubbing my face on her fluffy tummy most and hearing her purr. 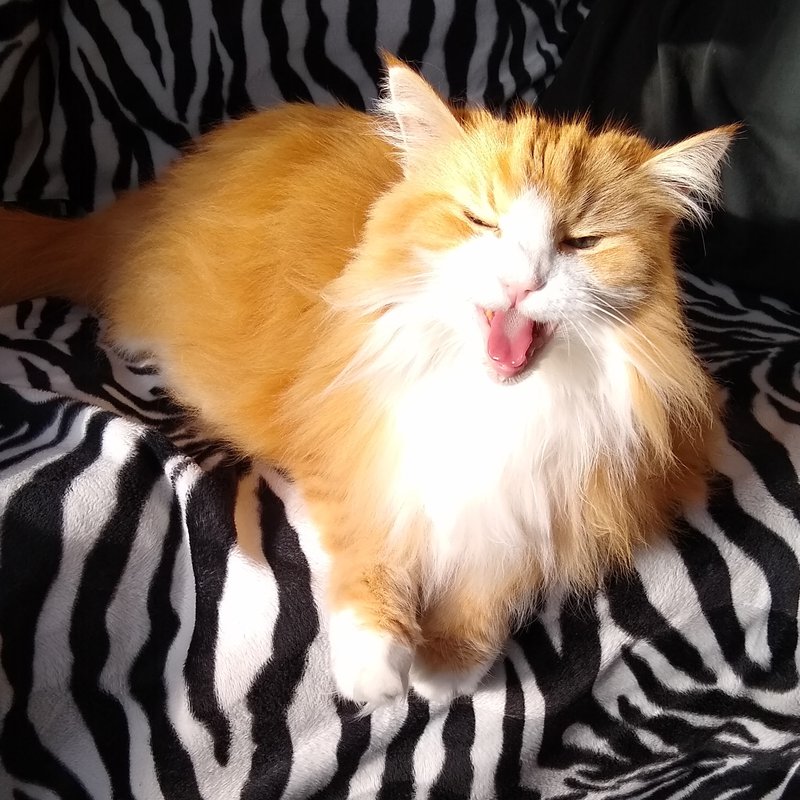