Why do cats like boxes? Every cat seems to like a new box and is partial to making it their own. Shape, size and material not important as long as they can get in it. 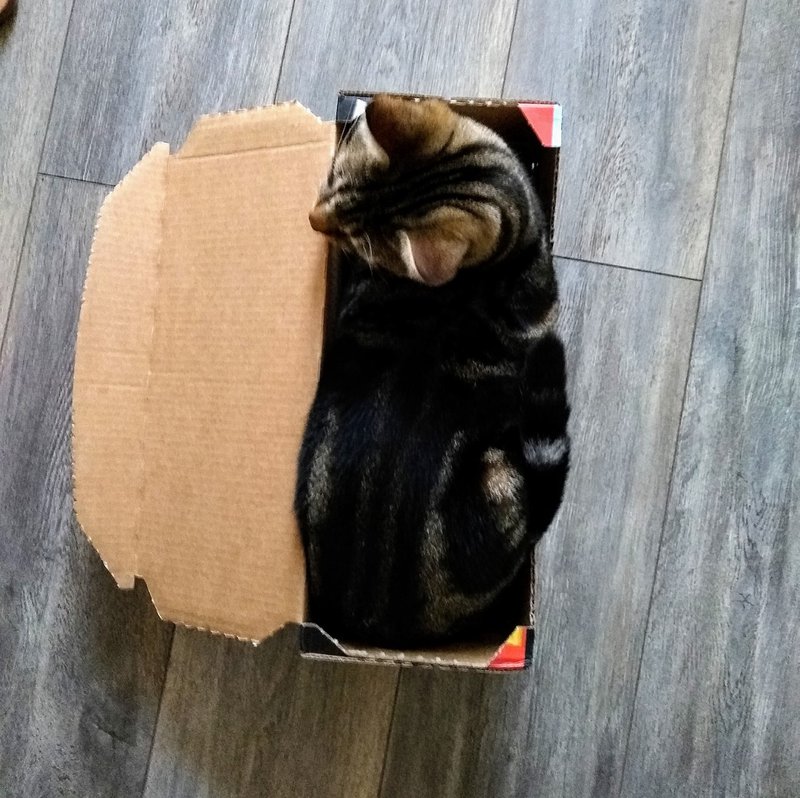 It is a well known fact that cats like to sit in boxes. Why is it that they prefer cardboard boxes compared to purpose bought cat beds?

The photo above is of a cat I was looking after. I'd put an empty cat food box on the floor to take out to the recycling bin, and he jumped in it straight away. He even stayed in it long enough for me to find my camera and take a photo. He was a very inquisitive cat and was in and out of anything new and didn't settle down to sleep in the box. He was just looking for more fun and adventure.

I remember as a small child we had a cat that sat in a box on top of the fridge. She was a very old cat but that was her comfort spot away from people but could see what was going on. Other cats I've had over the years have enjoyed boxes.

While I was growing up, a cat from down the road gave birth to kittens in my bedroom! She often popped in to sleep in the cardboard box I had under my desk. We had four cats at the time and they liked it too. It is a very fond memory and I feel privileged that she let me watch. Another cat that wasn't ours had kittens in our shed. I can't imagine why we were so popular for the local cats.

I've always wondered why cats do this as my cat loves boxes of all shapes, sizes and material composition. She loves it when deliveries arrive and will sit on a box until it is opened. She has been known to get in anything box shaped and snuggle up - guitar cases, tool boxes, hamster changing out box, the list could go on... If a new box arrives, she will sniff it, rub her head on it, walk in and out of it a few times, before settling in. However, her favourite box is the lid to an A4 paper box. (If anyone could save some of these lids for me I would be very grateful.)

So this got me thinking, why do a lot of cats do this? I've had a good look all over the internet and found that the Pet Toy and the Purina websites and said that boxes provide protection from attacks, even if it is just a surprise cuddle from their owner. In addition, this then helps their survival as they can hide to stalk their prey.

Another reason is for comfort as they like to be surrounded, can snuggle up and keep warm. Cardboard itself, is an insulator material which helps them to keep at an optimum temperature. Also, it protects the cats from draughts.

However, who am I to trust what I read on the internet? I wanted cold, hard facts; or at least scientific reasoning behind why they like to curl up in a box. Fortunately Wired did this research for me and pointed me in the direction of research that had been carried out.

Further research on the internet meant I found 'Will a hiding box provide stress reduction for shelter cats?' was published in 2014. This was a Dutch study carried out over two weeks on 19 cats so the outcome is limited and I wanted more evidence. It found that having a box in the environment helped decrease stress levels (at least in the short term).

The summary of 'Environment enrichment choices of shelter cats'. found that cats spent a higher percentage of their time in a hiding box sleeping, rather than in the enriched compartments or the control, empty compartment. Again this was a small study of 26 shelter cats over 10 days.

It is thought that cats like boxes for the following reasons:

In conclusion, cats like boxes. Yep, you know that already but at least I feel I know a bit more about why they like them. I know my cat likes a box and her favourite for sleeping in is the lid of an A4 paper box. She prefers a new one where she hasn't squashed down the sides; however, she will sit and investigate any box.

It's not just cats that like boxes - my children do too! The picture of them below popped up in my memories from five years ago while writing this article. You can also see Ginger sitting in an 'open top bus' that my daughter had made for her teddies. 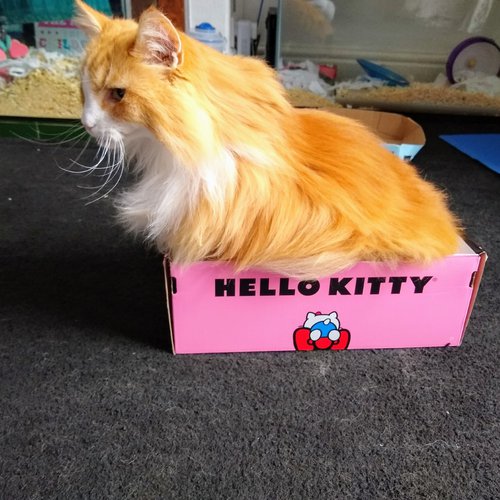 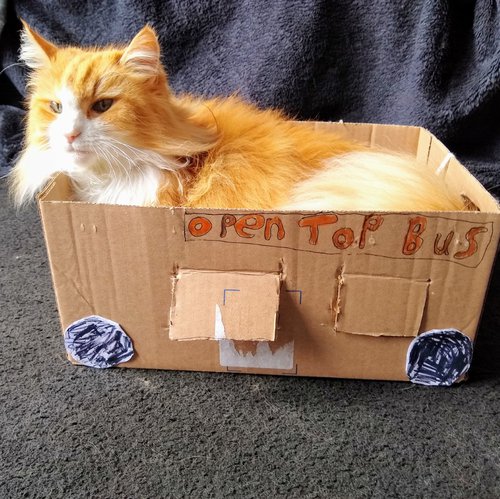 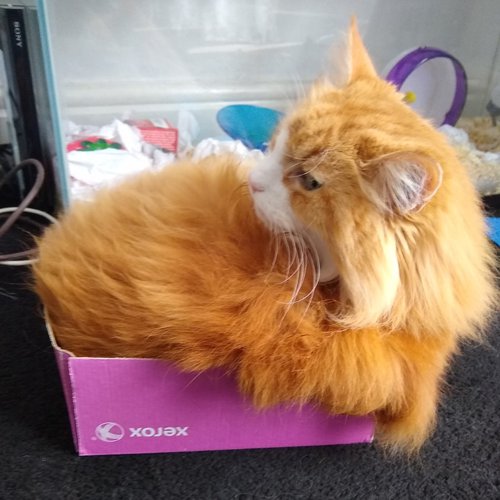 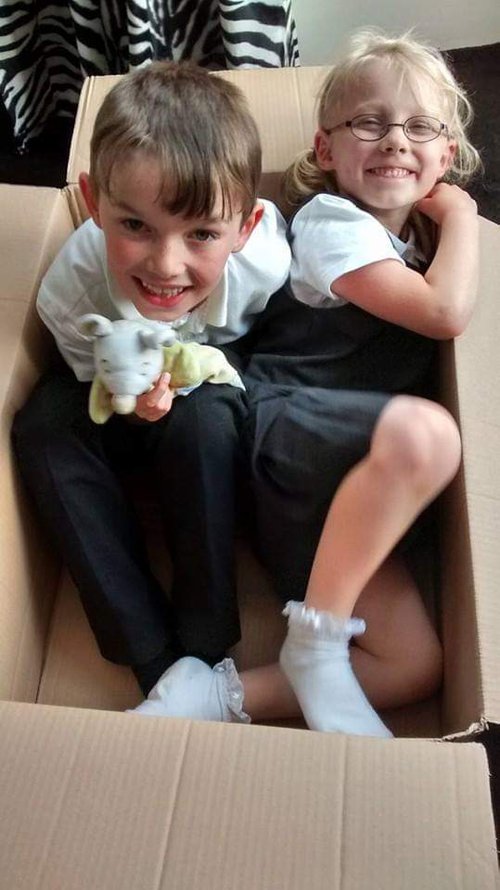