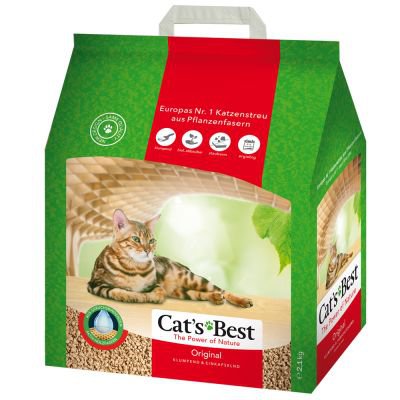 I thought I had tried all the different cat litters, but I hadn't come across Cat's Best Original Cat Litter before. It was very light and looked like soya mince. (See below for photo.)

It really did clump and didn't make a mess of the box unlike some other litters. In fact, when I went to check the litter tray, it often didn't look or smell as though it had been used. This meant the litter tray could go longer without being washed out and it was more pleasant for the cat between cleans.

As it clumped effectively, less was needed at each check to replenish what had been used.

The cat I was looking after was half the size of my cat so I will be interested to see how it works with 'larger' use.

Cat's Best Original Cat Litter can be bought from various places online. I found the cheapest for 10lt was Zooplus. If you aren't sure about it, they sell trial packs of 5lts up to 40kg mega packs.

On the packet, it said that the individual clumps could be flushed down the toilet. However, I wouldn't like to try this.

When my current 10kg bag of litter runs out I will be purchasing this. I'll let you know what Ginger thinks!

I will be introducing it slowly and mixing it with Ginger's current litter as she isn't fond of changes. If I were to change it instantly, she would take a dislike to the change and may choose to not use the litter tray. An alternative option is that if caused her stress, she may have a bout of cystitis.

I have started to introduce this litter in a corner of Ginger's litter tray. It was amazing as I managed to remove the wee in one go. It was massive compared to the size of the wee of the cat I looked after at Christmas. Honestly it was three times the size!

Yesterday I was so excited with the results, I called the whole family to come and have a look. They were not impressed.

Hopefully in the next couple of weeks I will be able to change fully to this. It was a lot easier to remove all of the waste without bits falling off. Hopefully, this will mean the litter tray is more pleasant for Ginger to use. 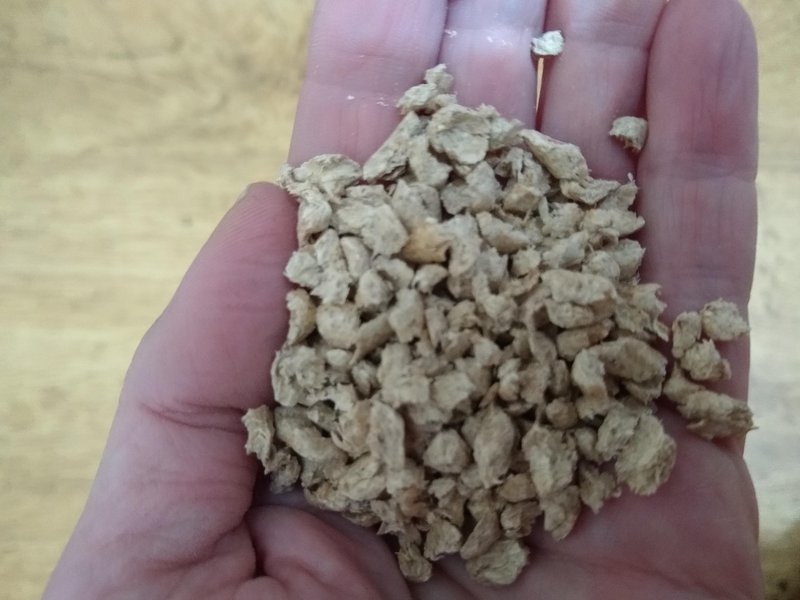