I provide hygiene visits where I do a one off or regular cleaning visit. This blog post describes what is entailed.

So this week I had my first job!!! Exciting!! A friend had gone away for 10 days and had a neighbour popping in to feed her four guinea pigs. However, the neighbour wasn’t really a small animal person and although was happy to feed them, she wasn’t confident to clean them out or cuddle them. I completely emphasise with this as if I had to look after a horse, I wouldn’t be confident either.

I popped over twice to clean out the piggies, let them have a run outside, give them cuddles , feed the pond fish and water the house plants. I also moved the post from the door as they got quite a lot in a few days.

The first day I went it was a lovely hot summer day. I let the piggies out in their run while I cleaned out their two hutches. They have their hutches in a rather fancy shaped shed with everything they need in there. Before I put them back in their clean homes, I sat in the run with them to brush their hair and give them cuddles.

It took about an 90 minutes to complete this job on the first visit as took a while finding the key safe and cleaning out the two hutches. I spent some time giving them a fuss. It was lovely to sit with them and listen to the sounds of the countryside. Very peaceful. I was lucky enough to see a little field mouse in the garden. We stared at each other until it ran off.

The second time I went it only took an hour as I knew where everything was kept and didn’t have to fight with the key safe. Unfortunately, it was a bit damp but the run had hiding places and a house they could go in.

Both times I went the piggies were happy to be let out and were chuckling and jumping. I had forgotten how much guinea pigs wee so I think they were glad to have clean homes.

The owner was very pleased with the service. The neighbour had text her to let her know whoever had cleaned them out had done a good job. I felt really happy with the great feedback. 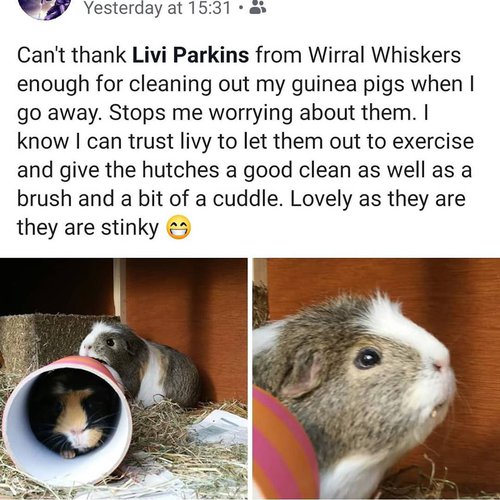 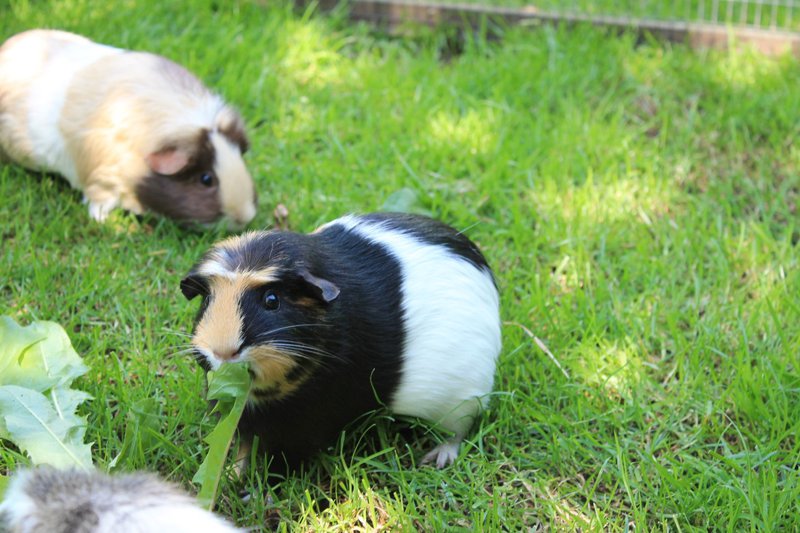